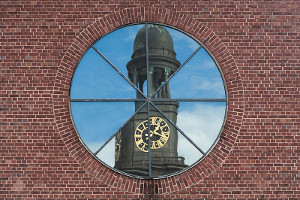 My favourite way to get started with a piece of writing is to use a technique often called ‘freewriting’. This is based on a simple but far-reaching idea, originally borrowed from psychoanalysis. Like Freud’s ‘free association’, freewriting offers a way of bypassing the critical mind, allowing for new connections to be made, new ideas to be generated. The best part for me is that I often suprise myself with what I end up writing.

All I do is set a time limit – twenty minutes perhaps, or ten, or five – and I write constantly for this time. I don’t allow the pen to stop moving. Perhaps I already have a subject in mind. Perhaps I start by considering (in writing) what matters to me today. Perhaps I start with the broken-record call of the wood pigeon outside my window. If I sense that I’m trying to control the process too much, I might try writing faster than I can think. If I’m just skating on the surface, I might slow the writing down and notice the physicality of pen on paper as it forms each letter.

When the time is up, I read over what I’ve written. Sometimes there’s a phrase I like, an image or an idea. Occasionally I have the beginnings of a character or a setting for a story. If so, I might use this fragment as the starting point for another freewrite. What I don’t have, at least, is a blank page.