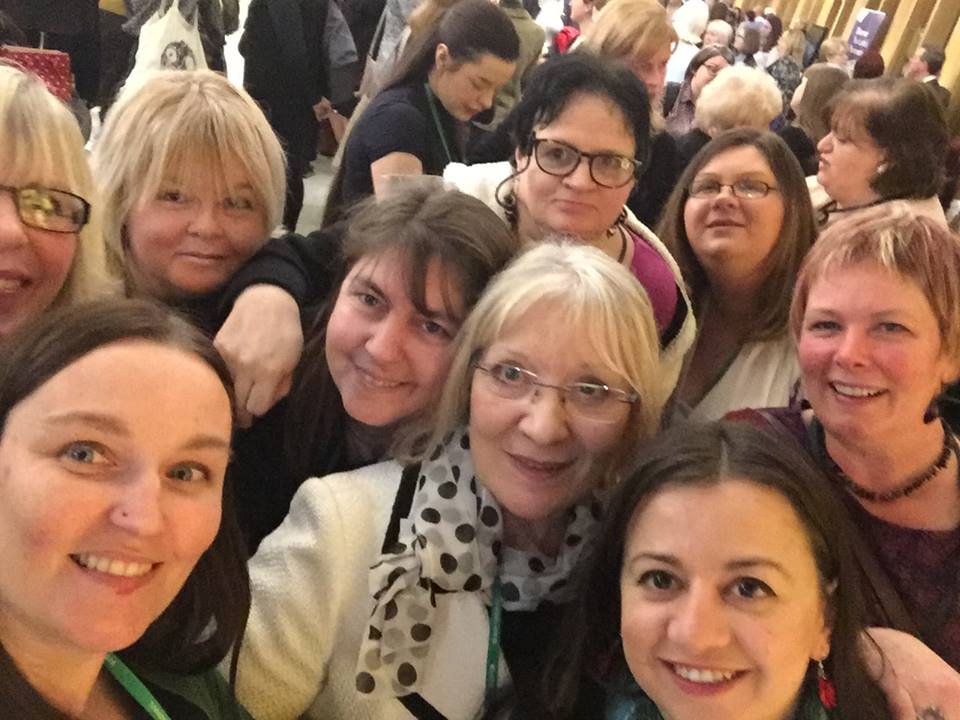 I began working with Women’s Aid East and Midlothian in November 2015 following on from training with Magi Gibson at the Glasgow Women’s Library.
I was keen to pilot a bibliotherapy project with one of the users group in a bid to help the women discover the joy of words and also hopefully help to build their confidence.
On our first session I think it is fair to say everyone was a wee bit worried. They didn’t quite understand what I wanted to do with them and were anxious that I would be expecting them to produce pages and pages of writing.
I started each session with a short reading, a poem or an extract from a book, and the text was always something that I hoped would engage the group in a discussion. Then we would do a writing exercise. Themes included food, journeys, colours and home.
Over the weeks I was amazed at the change in each woman. Some started reading books again and also began to write outside of the group. Each and every member would read their work aloud at our sessions together. This was a remarkable achievement for many who had been silenced for so long and whose self esteem was at rock bottom.
On our final session together we looked at what it means to be a ‘dangerous woman’. This was inspired by the Dangerous Women Project, being run by Edinburgh University, around the question: ‘What does it mean to be a dangerous woman?’
For the actual workshop –  I took a board in with a collage of pictures of strong women – sports stars such as Serena and Venus Williams, politicians including Nicola Sturgeon and Michelle Obama and we chatted about the concept of dangerous women. I asked them about women they admired and those they didn’t. Interestingly it was all very positive. The group didn’t dwell so much on women they didn’t like or admire. Instead they focused on women who had been influential on them during their life and this tended to be relatives or family friends.
Then I just asked them the question – going round the group one by one – what the idea of a dangerous woman meant to them. So I asked them to finish off the sentence: ‘A dangerous woman is….’
Each woman articulated themselves readily and offered an extremely powerful statement which we crafted into a poem. It was very much a collaborative work and a wonderful example of team working.
At the end of the session I read Maya Angelou’s poem, Phenomenal Woman, which summed up the sentiments of the day and the strength of these women perfectly.

‘It gave me back my voice’