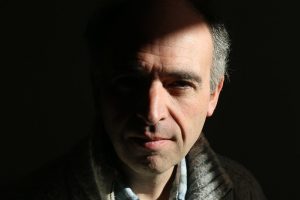 I pondered what I’d cover with the Water Story group, partly because I’m still getting used to delivering workshops by Zoom from my living room chair. It’ll take some time before that feels anything like working with a group in a room where you can make constant eye contact with individuals and think on your feet.

But that wasn’t the only reason. I wanted to cover the subject of ceative writing at the very bleakest point of the year: I wanted to talk about how I try to, and to suggest ways they could too. How do you summon inspiration in a January which is unremittingly grey and wet, when all the colours seem to have washed into the sea, when there seems precious little to look forward to?

I spoke first of all about finding the small things and focusing on the small things. I do realise that most if not all who work with creative writing realise very well it’s not just about the big moments, the times of great significance; that we don’t need to feel that somehow our lives have insufficient fireworks to make exciting writing. But I feel all the same that almost all of us still overlook the truly ordinary things around us. It’s not necessarily that we reject certain things; we just don’t consider certain things to begin with.

One woman in the group picked up on that and spoke about the crows at the top of the street where she lived, about their playing. Yes, that was a perfect example. She spoke about how exciting crows are to watch in a high wind, cavorting in the sky and playing. It’s about finding the crows and not having to seek out the robins, the things that might appear more exciting, of greater appeal. 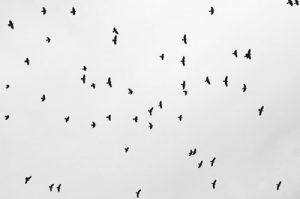 I spoke also about the practice of creative writing. I’ve been a huge believer in practice writing for years now. To start with in the days when I was new to professional writing, I had a tiny cabin at the bottom of my parents’ garden in Perthshire. That’s where I started experimenting with practice writing. To begin with, I think it’s hugely important to be ready to write. We live crazily busy lives, constantly bombarded by emails and telephone calls. I think hiding away to write is vital. It doesn’t have to be a garden cabin, but for me it should be a room in the house either very early in the morning or late at night (whether you’re a lark or an owl), when the risk of being disturbed is much less likely.

Start with a bit of practice writing. What can you see out of the window? Think about a place in childhood and try to draw it with words. Take a single word from the newspaper and write about it: war or light or fear. There are a hundred ways to go: there’s no right way and no wrong one. What matters is that you find creative focus: you’re shutting the doors in your head to the emails and the calls and everything else. It’s a great way to prepare yourself to write. And quite often I know I’ll go straight from a bit of pratice writing into a deeper bit of creative writing. I always used blank paper, and I very rarely start by scribbling down whole phrases or sentences in any kind of coherent order. I just find single words at random. They come slowly to begin with, then they gather pace, and if I’m fortuntate, they eventually tumble onto the page. At the best times they come so fast and furious they burn a hole in the paper, to use the words of Stephen King.

So practice writing can be a way to fight writer’s block. Keep writing: don’t accept defeat, don’t let that devil of an editor in your head tell you the words have dried up and won’t come back. That’s not true. I once went through a long number of weeks when I didn’t write. It was most likley the lowest point in my adult life. I had lost my marriage and was struggling to see my child, and I was living in tempary accommodation – literally out of boxes and bags. Then one day I took the bus to Perth and even now I remember the place where words started flowing through my head. I still had a pen and some crumpled paper in my pocket; I had refused to give up the hope that words would come back one day. It was just a case of waiting.

Sometimes we cannot see the stars;
the dark is down and holds us bleak and lost.
Sometimes all that we can do is wait
for believing’s just too big and too alone.

Until a snowdrop pushes up the sky
and suddenly the snow is only slush;
the winter no more than a waiting
for the sound of geese in thousands overhead.

From Letting in the Light by Kenneth Steven (SPCK, 2016) 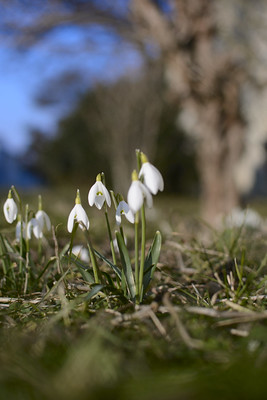