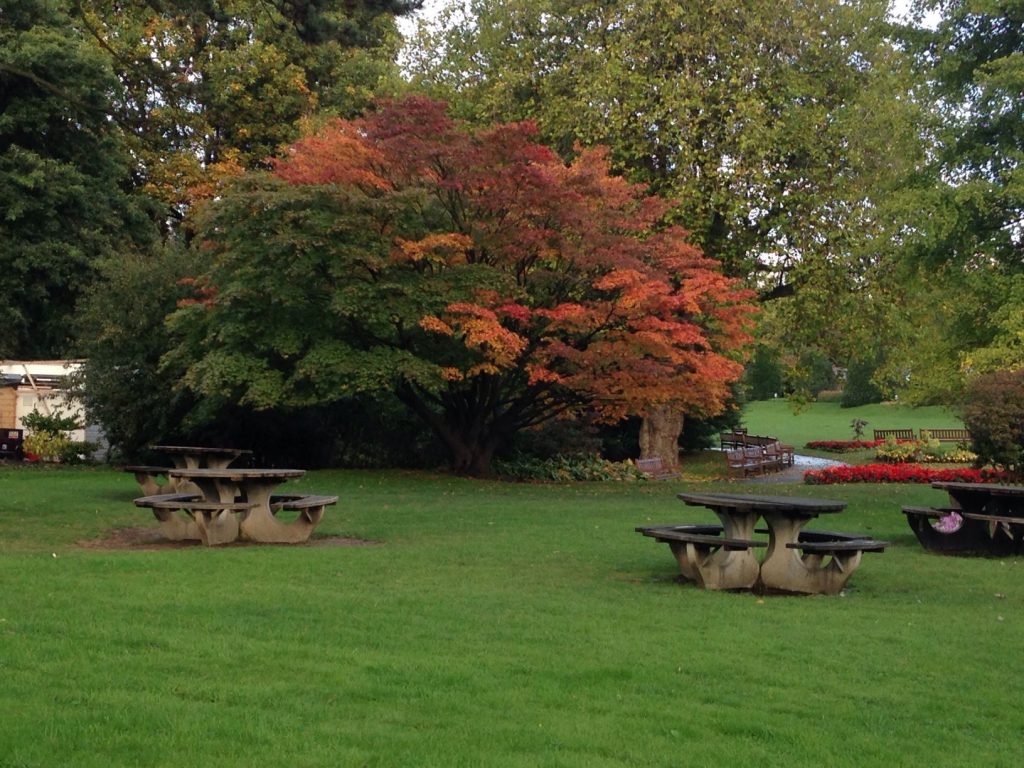 This session was developed by Andy Jackson for delivery in autumn, so the poems studied and some of the activities reflect that.

Do your group members have a ‘guilty pleasure’?

Film producer Sam Goldwyn is reputed to have said ‘Let’s have some new clichés’. Set your group the task of devising some new observations or images to describe autumn.

Read ‘At Grass’ by Philip Larkin

People sometimes refer to themselves as ‘being in the autumn of their life’.

Develop a timeline of life events along the long side of a piece of A4 (see example below).

Translate the timeline into something creative.

Creating the timeline will throw up images or fragments of memory, like a string of snapshots giving a sense of an event or a time rather than a perfect and complete description.
Taking their timeline as the prompt, members should assemble 10-12 snapshots from their lives. As with the ‘new clichés’ exercise above, they should try and write them unconventionally rather than simply describing them in familiar phrases, e.g.

The temptation will be to expand each snapshot and write more on each one – ask them to aim for shorter snapshots, and more of them to achieve the fragmented effect that Larkin achieves in ‘At Grass’.

What they have written will provide the raw material for a poem or prose passage. The process will equip them with an arsenal of personal images and recollections in fragmentary form, which may help them to reflect on their lives and their emotional variations. This act of reflection might help them make sense of their lives as a whole, seeing them as more of a journey than a sequence of loosely connected incidents or experiences. A glimpse of the bigger picture, possibly?