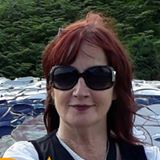 Open – I was recently invited by Larry Butler to be a guest in the Kibble Palace where he holds regular sessions for those who have come to discuss death, and living with death. This might sound tragic or traumatic: on the contrary, it was one of the most satisfying and engaging experiences in my long career as a facilitator, tutor, teacher.

Honest – The session began very informally and relaxed as everyone was invited to introduce themselves, and their ‘story’. There was an honesty and integrity in all the narratives which was palpable – there was laughter at the strange ‘otherness’ of some of the experiences.

A session of this kind helps to ground the group in a deep listening space that held us waiting for the outcomes, the denouement to those stories of loss and love.

Waiting – Reading/Listening: the introduction to Janet Paisley: Growing and Dying was distributed, in this I openly acknowledged my determination to ‘do something’ for Janet in the knowledge of her coming death. The book was that outcome; happily, she lived long enough to see it.

The group were then invited to share what they each would do/had done for a friend or relative. The outcome of this conversation/exchange was poignant and humorous. It is important for facilitators to watch and try to gauge the individuals as they talk, in order to try and ‘hold’ a balance, if possible. We discussed things you could do:

The participants shared an impressive list of their individual witness bearing and actions.

I shared how Janet was concerned that she would not see anyone again, so I held a soup-making evening at my flat with Janet’s close poetry friends, including Tom Leonard and Brian Whittingham. Tom had a thing about soup-making: that night was fun, frivolous and intensely moving. The vulnerability I felt revisiting this, and with my own emotions evident, I believe this enabled others to ‘allow’ their own feelings. A very close part of the session. Again, I think facilitators must work to manage the timing and the atmosphere of those moments and recognise the need/time to move on.

Open – Facilitator invites group members to each share their writing (if they are happy to read it out). Others can respond or ask if writer is happy to answer questions on the work.

Break time to allow a short meandering in the Botanics.

2 poems from Growing and Dying were distributed: one by Matthew Paisley (Janet’s youngest of her seven sons) and one of my own poems about spending Janet’s last days with her at the Hospice.

We discussed the poems in terms of content – this led to more open and honest conversations about the nuances of familial relations and the potential stresses placed upon the wider family.

Larry read one of his poems which then created further questions and conversations with participants now keen to embark on writing about their commitments, actions and memories. That work will be brought to future meeting.

The session ended with a glow of warmth and sincere honesty round the room. I would have liked to hear more work and narratives from those there, felt the time had flown – always a very good sign.